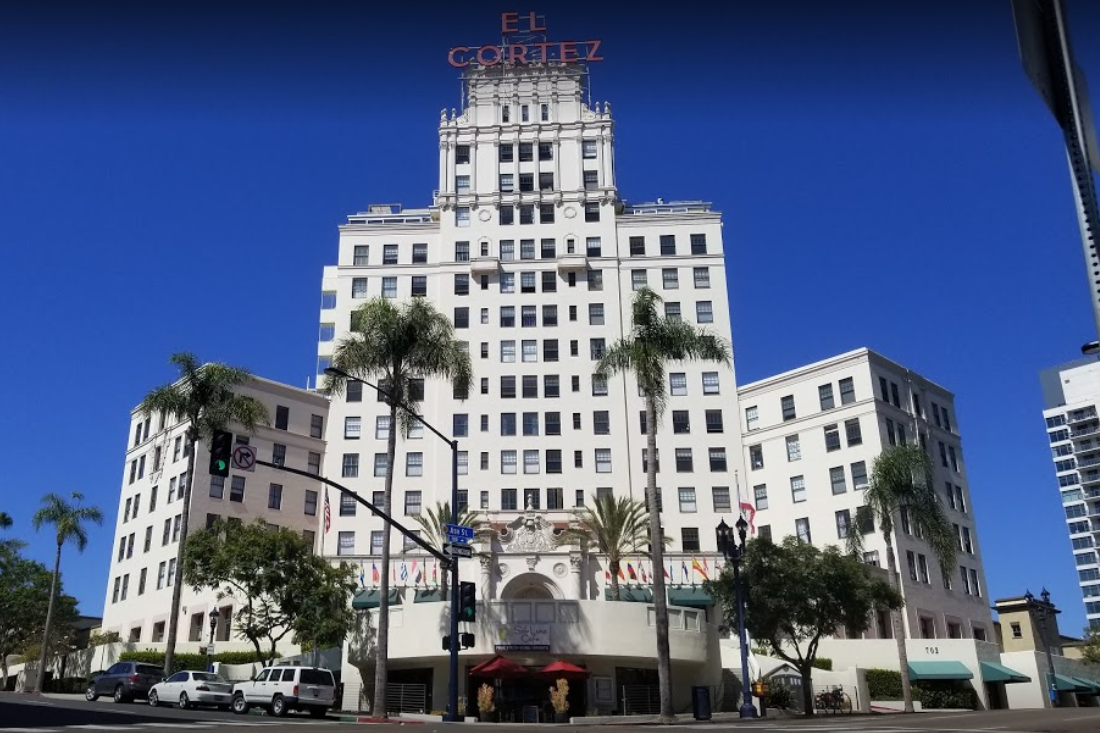 Elite Living Remodeling has had the amazing opportunity to execute restoration projects at the historic El Cortez Hotel in Downtown San Diego, CA.  Construction of the El Cortez first began in 1926 on the site of Ulysses S. Grant, Jr.‘s home, and it was the tallest and most glamorous building of its time. At the time, it had a price tag of 2.5 million dollars and stood at 310 feet high. During the late 1960s and 1970s, the El Cortez fell on harder times. The El Cortez closed as a hotel in 1978 when it was purchased by evangelist Morris Cerullo to serve as an evangelism school. Cerullo sold the property in 1981, and the El Cortez was threatened with demolition until the San Diego Historic Site Board designated it as a historic site in 1990. It was added to the National Register of Historic Places in 2002. In 2004, they converted the building to condominiums dividing the building into 85 residential condominium units along with commercial and office space. In 1951, hotelier Harry Handlery purchased the El Cortez from the El Cortez Company for $1.5 million. Handlery made numerous changes to both the interior and exterior in his effort to make it the finest hotel on the Pacific Coast. Handlery’s most remembered change was the addition of the world’s first outside hydraulic glass elevator. Some considered the glass elevator to be one of Handlery’s novelties; it soon served as an attraction to draw visitors back to the downtown hotel. In 1989, a controversy arose when the current owner, San Diego hotelier Mark Grosvenor, proposed a renovation plan that omitted the glass elevator. Grosvenor was concerned about structural problems with the elevator and the unavailability of spare parts. Some preservationists approved of Grosvenor’s plan, stating that Handerly’s additions were “fifties kitsch” that detracted from the original Spanish architecture. Others regarded the elevator as a key element in the hotel’s historic significance. The federal government ultimately endorsed proposals to remove the 1950s alterations and restore the original appearance.

Elite Living Remodeling has been contracted to execute some new renovations to keep this beautiful historic building looking just as it did in its early days. During the demolition of some drywall, we discovered a sweet reminder of the past, what seems to be the remnants of another elevator that was likely covered up when the exterior glass elevator was installed. It is expected to be about 70 years old. This beautiful window can now be repurposed and available for all to be reminded of the building’s historic past. As a general contractor, we take great pride and care when working at our job sites. You never know what you may find.

All renovation projects take planning, time and management. Call Elite Living Remodeling at 844-ELITE-03 or send us a message to schedule your free consultation and estimate.